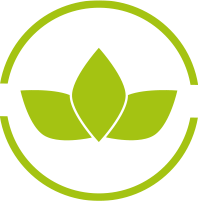 The 7-day psychospiritual program is aimed at those with PTSD problems, anxiety and minor depression.

It is a short program that focuses on the treatment with medicinal plants such as Ibogaine or Ayahuasca, the support of psychotherapy, yoga, meditation and other integrative therapies. 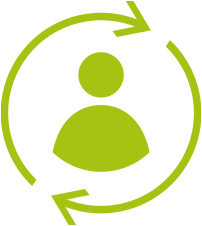 The 10 DAY DETOX program is focused on people with drug dependencies or drug addictions. Its objective is the interruption of substances that generate withdrawal syndrome.

It is a comprehensive program that seeks to stabilize destructive addiction processes and focus on self-knowledge and self-care. 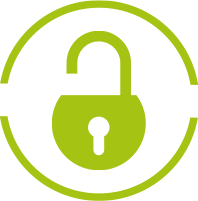 The open program is designed for people who only seek the experience of the medicinal plant without having an agenda and a focus on self-knowledge or self-care.

This program is flexible in time and therapy, which makes it very attractive for people looking for something a little different in structure.

At Nouvelle Vie Holistic Center our mission is to create a space of harmony and security where ibogaine treatment is provided with humanity, compassion, and medical professionalism. Our treatment protocols is based in a holistic approach to medicine that focuses on the intersection of mind, body, and spirit.

Our staff is highly trained and experienced in ibogaine treatment and recovery, and are dedicated to providing complete care options at some of the most affordable rates available.

Every treatment at Nouvelle Vie includes the following:

Since the early 1980s ibogaine has been increasingly used as an aid to detoxification from opioids and other drugs. Its use has spread primarily through stories of the personal experiences of those who have been through the treatment, and of the many who found that it was enough to assist in long-term lasting changes that touched many areas of their lives.

In addition to the general benefits of stopping substance abuse, the treatment generally leads to:

At Nouvelle Vie, we have seen these changes take place first hand, and while this is not a “cure” for addiction it dramatically supports a transition that can otherwise be very difficult to make. For some, it makes this change finally possible.

How Does Ibogaine Work?

One of the most important functions of ibogaine is re-sensitization of the dopamine system. Withdrawal symptoms from opioids are generally caused by the accumulation of tolerance, requiring continued use of the drug in higher and higher doses to achieve a sense of balance. When the body is accustomed to an external source of dopamine it continues to look externally instead of seeking homeostatis by other methods.

By desensitizing dopamine neurotransmitters ibogaine dramatically reduces the accumulated tolerance and the resulting withdrawal symptoms. At the same time this prepares the body to be able to achieve homeostatis of its own resources without craving for external stimulation. The result is that, while the thought and memory of use can remain, there is a significant reduction in the physiological urge and necessity to use, as well as a chance to find satisfaction from other areas of life that have fallen out of focus.

This dopamine repair is tangible. It is best illustrated by the anecdotal reports of people with Parkinson’s disease, which is caused by a degeneration of dopamine neurons in the mid-brain, results in loss of muscle coordination and also depression. After 30-days of microdosing ibogaine some people have a return of fine motor controls – being able to eat with utensils, button a shirt, smile, etc. These cases, although fewer in number than addiction treatments, illustrate clearly the restorative capacity of ibogaine on the dopamine system.

On an emotional and cognitive level, ibogaine is described as an oneirogenic, meaning that it stimulates “waking dreams.” Some people, although not all, experience visual content that significantly resembles dreams and often is laden with personal meaning and significance. This can bring new perspective on various aspects of life, from the relationship with the personal past, future, the body, the Earth, or spirituality.

Even for people who don’t experience these types of visions, or whose visions don’t appear as meaningful or clear, the other benefits of treatment remain. Changed relationships with the body, with family, and new outlooks on life can still emerge out of experiences that are primarily physiological. After hearing many people go through treatment and say things like, “I thought that I was prepared, but I realize now that there is no way that I could have prepared for that,” the most effective preparation is to come to the treatment without any particular expectations for this aspect of the experience. An attitude of curiosity and exploration allows this material to emerge, and many people find that some of the most important reflections and altered perspectives emerge long after the acute oneirogenic experience.

Ibogaine has complex mechanisms of action that affect the body in many ways. One of these is that it has certain cardiac effects that need to be closely monitored. There are risks for those who have certain pre-existing cardiac conditions or for people who are on certain types of medications prior to treatment.

In order to prevent adverse reactions from ever occurring we conduct a thorough screening process that includes cardiac screening, blood tests, and drug screening. Other information, such as personal

Where Does Ibogaine Come From?

Ibogaine is a naturally occurring medicinal alkaloid found in a number of plants around the world. The most important of these is Tabernanthe iboga, which has been used for thousands of years in its endemic habitat of Gabon as a tool for healing and spiritual initiation.

Open chat
1
Powered by
Hi, we are here to help, I'm Ruby!
What’s the situation?